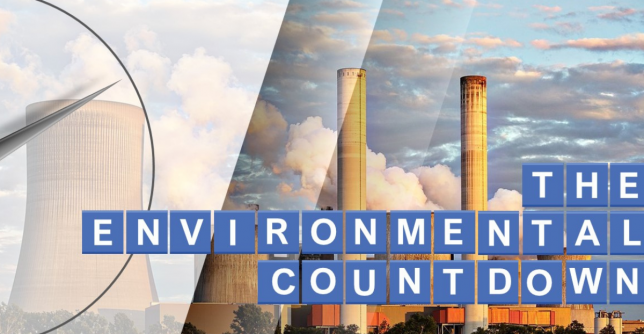 We have worked closely with a sustainable energy client to produce our own Environment & Climate Change Awareness Gameshow aimed at educating and entertaining participants while shining a spotlight on this topic at a time when the attention of the world is on the COP26 summit, with leaders from business, academia, and civil society are urging governments to come #TogetherForOurPlanet and set targets that keep 1.5C in reach, Uniting the World to Tackle Climate Change.

The UK will host the 26th UN Climate Change Conference of the Parties (COP26) in Glasgow on 31 October – 12 November 2021. For this conference, 200 countries are being asked for their plans to cut emissions by 2030. In 2015 the Paris Agreement laid out a series of goals, primarily to make changes to keep global warming “well below” 2C above pre-industrial levels – and to try aim for 1.5C – so that we avoid a climate catastrophe. All countries will discuss how they can keep making bigger emissions cuts until reaching net zero in 2050. You can find out more about the conference here.

We kick off our entertaining team event with a climate-change themed energiser. Based on our popular Team Top Trumps product, this event will see guests split into teams competing for the maximum amount of points by putting forward their best Team Top Trump card. This hilarious event will ensure that you learn a little bit more about the individuals in your organisation and leave you knowing who the frack everyone is in your organisation, as well as learning more about renewable energy and climate change.

The Environmental Countdown is a bespoke creation from Maximillion challenging teams to compete against each other in a series of fun gameshow-based rounds.
These are a mixture of famous gameshow rounds that you may have seen on the small screen over the past 30 years mixed with rounds focusing on the importance of environmental awareness. Unlike other gameshows, teams will not be competing for points instead they will be working hard to reduce their carbon footprint. Each team of 5 will be ‘issued’ with a carbon footprint of 55 tonnes. They must win gameshow rounds to reduce their footprint which will be displayed as a graphic on the screen during rounds. The team who has reduced their footprint the most within the gameshow will be crowned as the champions. A taster of what to expect…

•   Never in all my Years: Each team would nominate who they consider to be their greenest team member to represent             them, who would then step up for a quick-fire quiz round to answer as many questions as carbon-negatively as possible.

•   What “Watt” is that?: Based on Brucey’s famous ‘Play your Cards Right’ this is a simple game of higher or lower with an       environmental twist. All teams will be competing in this one so a great opportunity to score some points and in turn               reduce your carbon footprint! An item will appear on screen and it will be the job of your team’s representative to guess         whether the next item shown will draw a higher or lower wattage than the previous item!

•   Who in the Room?: what do your colleagues really think of you? The truth is revealed in this conversation game where         our host will read out questions and everyone would vote using a digital platform as to who they think best fits the                   answer.

•   The Price is Right: Instead of focusing on price the theme of this round is Carbon Emissions. A number of physical                  items are displayed and teams are challenged to select 4 out of the 6 items presented items to create a total closest to             carbon emissions set.

•    Trash Fashion Show: Each team are asked to bring with them 1 item of clothing from home that they will then include          as part of their outfit to model at the Trash Fashion Show. In addition, what guests have brought in from home teams              will also be provided with an “extras” boxes of items that they might also want to include and the essentials for pulling            their masterpiece together. The fashion show will take place at the end of the event with each team given a 30 second              commentary time slot to introduce their model & upcycled outfit.

•    Dance off Finale: A High energy finale to the game show will see our live dancing instructor take to the floor and lead            your guests through this environmentally based dance routine awarding points as we go. Dance moves to include sort              the recycling, reuse, saving water. Participation is a must!

•  In person host & production assistants
•  Basic Set design & Bespoke options
•  AV and production to include PA & mics, lighting, stage set
•  Bespoke design of the Gameshow to include all content creation
•  Props for live guests to use on site
•  Travel to/from venue
•  Event Insurance

Get in touch with the team touch on events@maximillion.co.uk or 0131 333 0066 if you’d like to explore bringing an environmental theme to your next event.