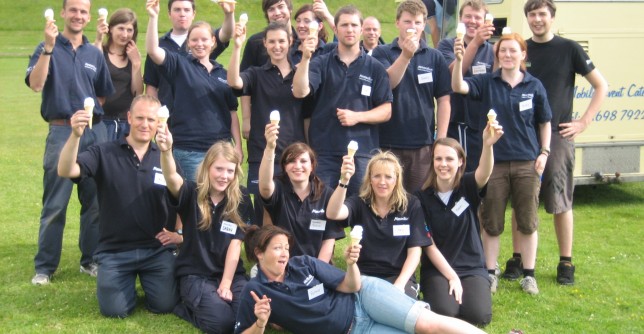 On Thursday 28th October, I took a train down to Manchester for the inaugural UK Event Awards, sister to the fledgling Scottish Event Awards organised by marketing magazine “The Drum”.  The Scottish Event Awards has just celebrated its third year and its success clearly spurred The Drum into a cross-border excursion for a UK equivalent.

We had been nominated for the “Green Award” and were up against two considerably larger contenders, the Scottish Exhibition Conference Centre (SECC) and the £40m agency World Events. I was both surprised and delighted to win against such formidable competition, but it did make me reflect how such a small business as Maximillion could catch the judge’s eye.

I suspect the answer is that if a large well resourced organisation decides to run a green event or embark on a targeted green campaign, it has the resource available to make it a success. But when it comes to a transformational change across the organisation to become sustainable, then that’s a longer road to take which requires a values-led, system-supported approach, driven and embraced by top management.

I’m very pleased with our latest green award and it will be proudly displayed amongst our other sustainable trophies, which together recognise all the hard work the team has put into making our business a sustainable one.