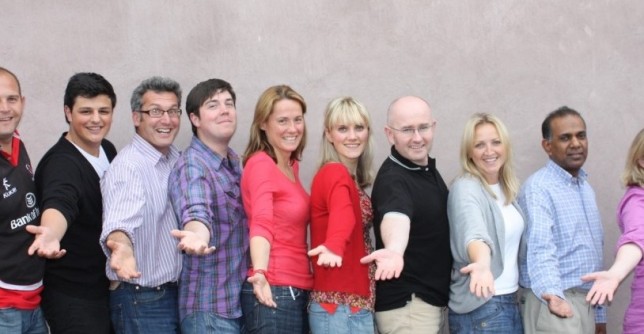 Maximillion celebrates its 25th anniversary this month and after over 9000 days of trading, 6000 events delivered and 16,000 guests hosted, we look back with fondness over five five year chapters characterising our short but colourful history!

The name was changed to Maximillion Events Ltd and the paintball business was later sold. Having survived our first recession, we started along the team building route tapping into John’s experience with Officer Selection for the Scottish Division in the British Army. Office moved from spare room in a fourth floor tenement flat to a damp cottage in Kirknewton.

John and his wife Lucy set up The UK Bungee Club (Scotland) and over a short three year life, dispatch some 5000 jumpers all over Scotland. Back at Maximillion, Kirknewton Stables were opened as our home base and in 1999 Maximillion were awarded Investors In People. 1999 also saw the launch of “Maximillenium” hiring Dynamic Earth exclusively for nine Christmas Party nights hosting over 4000 guests. Sarah Esslemont joins in 1999.

Survived the mythical Y2K Bug and a host of new century disasters: Foot & Mouth Disease, Dot Com Bubble Bursting, 9/11 and consequentially, our second recession. Not to be put off, a new web site was launched in 2000 and won our first and in many ways proudest award. Our indoor team building portfolio of events is developed with unique innovations such as Kinetic Connections, Maelstrom and Eden launch on the market. Shoena Payne joins in 2002 and Jonathan Mann joins in 2004.

Maximillion reorganised into three divisions incorporating Learning & Development and Conference & Incentives. With confidence high after some strong growth, our London office is opened with former Maximillion friends Mark Johnston and Catie Friend putting their shoulder behind the London wheel. Concurrently we buy a warehouse and office at Newbridge. Dark days as we plunge into our third recession or rather our first depression! Sandy Smith joins in 2005 and Ramu Kumarappan joins in 2008.

Diversification is the name of the game as we spread the risk by entering non corporate dominated sectors. MadMax Adventures launched in 2010, Wildgoose Scotland in 2012 and Turnberry Adventures in 2013. Maximillion goes green winning our most coveted Scottish Thistle Award in 2009 for Sustainable Tourism and secures the Gold Standard for Green Tourism Business Scheme.

What do we put our longevity down to? Innovative products and great service? Perhaps. But more important than anything else is our people. Let’s take the opportunity to pay tribute to our aforementioned most loyal core team who between them have 52 years of service, averaging ten years each!