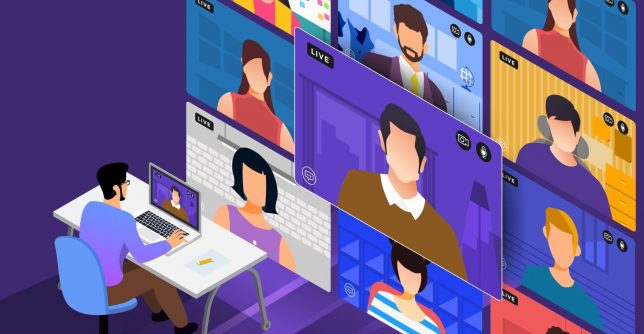 We have worked with a number of world-renowned speakers and experts touching on the broad themes and considerations around well-being, mindfulness, adventure, diversity and inclusion. We feel these and many other speakers are an excellent and timely addition to any virtual conference as we are all building our resilience and looking after everyone within our own organisations and across all industries.

We are showcasing a few speakers here and would welcome the opportunity to tailor a speaker along with our themed virtual activities to bring these important messages to your next virtual itinerary.

Dr. Steven MacGregor is a global pioneer in workplace health and wellbeing who has helped build positive habits for thousands worldwide in his roles as Professor (IMD, IESE, IE, CEIBS) and in-company expert (Salesforce, Uber, McKinsey). He is the Founder of The Leadership Academy of Barcelona and Honorary Professor of Health and Wellbeing at the Glasgow School of Art.

Since the onset of the pandemic he has spoken to thousands of people online, from executive committee meetings to company-wide webinars, in areas including resilience, mental health and behaviour change for the likes of Salesforce, McKinsey, Arla Foods, NN Nederland, DKV Insurance, SAP and Oracle Netsuite.

Mark Beaumont has made a career of World firsts and records to over 130 nations & territories, made documentaries over 15 years for the BBC, GCN & CNN, as well as publishing 5 books. Having cycled around the World twice, he now holds this 18,000-mile record in 78 days & 14 hours – achieving the famous ‘Around the World in 80 Days’ for the first time by bicycle.

Off the bike, these record breaking journeys have been through the high Arctic, mountaineering and ocean rowing, including surviving capsize in the mid-Atlantic.  Mark was awarded a British Empire Medal in the Queen’s New Years honours for contributions to sport and charity.  Mark’s background is also in business & economics.  He is a partner of Eos Advisory, an early stage Innovation Fund, backing science, engineering and technology companies.  A hugely experienced keynote and conference speaker, Mark is valued for his ability to translate performance & strategy planning in the expedition world to a wide range of business audiences.

Alastair Humphreys is a British Adventurer and Author. He spent over 4 years cycling round the world, a journey of 46,000 miles through 60 countries and 5 continents. More recently Alastair has walked across southern India, rowed across the Atlantic Ocean, run six marathons through the Sahara desert, completed a crossing of Iceland, busked through Spain and participated in an expedition in the Arctic, close to the magnetic North Pole.

He has trekked 1000 miles across the Empty Quarter desert and 120 miles round the M25 – one of his pioneering microadventures. He was named as one of National Geographic’s Adventurers of the year for 2012.

Alastair’s award-winning concept of microadventures -short, adventurous journeys close to home- encourage people to take practical steps to challenge themselves by undertaking adventures of their own and improving their physical health, mental well-being, and all-important work/life balance. In every situation you can focus on the constraints and obstacles, or you can look for the opportunities. 5 to 9 thinking is an idea that applies to much more than just adventure.

Best known for his role as the Chief Instructor in Channel 4’s popular show ‘SAS: Who Dares Win’s. Ant Middleton is a well-respected authority when it comes to survival and endurance techniques. Combining his background in the UK’s elite forces with his teamwork and leadership skills, Ant can share his inspirational story, offering unique lessons to an array of audiences.

Kate Philip Joining the Army after graduating in Classics from Oxford University, Kate Philip was deployed on operations in Iraq and Afghanistan, where her leadership, decision-making, technical skill and adaptability were brutally tested in the fast-paced environment of front-line operations. Kate’s tour of Afghanistan came to an abrupt end when injuries resulted in her electing to have her leg amputated below the knee, marking her out as the first British female to lose a limb in combat.

Dr Alex George is a British physician and TV personality who serves as the UK Youth Mental Health Ambassador within the Department for Education.

Having first come to fame in the fourth series of British reality dating show Love Island, George returned to work as an Emergency Medicine doctor in Lewisham Hospital Emergency Department, with his number of Instagram followers jumping from 200 to more than a million. In March 2019, George began a podcast, “The Waiting Room with Dr Alex” where he interviews other healthcare professionals about topical health and wellbeing issues. In July 2020, George lost his younger brother, Llŷr, to suicide.

On 3 January 2021, George started a campaign inviting the UK Government to make mental health amongst the youth a priority, especially due to the impact of lockdowns in the light of the COVID-19 pandemic. One month later, during Children’s Mental Health Week, George met with Prime Minister Boris Johnson where he was appointed to a new position as Youth Mental Health Ambassador.

Christie Watson is an author and former nurse. After 20 years as a pediatric nurse, she wrote her critically-acclaimed memoirs ‘The Language of Kindness’. She was awarded an honorary doctorate from the University of East Anglia, and is a patron of the Royal College of Nursing Foundation.

British television presenter and wheelchair basketball player, Ade is an excellent motivational speaker, and was a star pundit for both Channel 4’s Paralympics coverage for London 2012 and Rio 2016, and also was a host of 2016 Invictus Games. A brilliant presenter, host and speaker, Ade’s moving personal story and journey to peak success makes him highly sought after on the speaking circuit.

Charlie Martin is a racing driver aiming to make history as the first ever transgender competitor in the 24hrs of Le Mans. She started racing at the age of 23 and seven years later transitioned and subsequently gave up motorsports, unable to see a future for herself in a male dominated industry lacking in diversity.

Katie Piper is a best-selling international author, inspirational speaker, TV presenter and charity campaigner who rebuilt her life after surviving a brutal sulphuric acid attack in 2008. Katie is an inspirational role model and founder of The Katie Piper Foundation, a charity for burns victims, with her bravery and determination recognised with a number of awards and accolades.

Making history as the first married gay couple to win a Gold Olympic Medal for Team GB as they scored in Rio 2016 on the hockey pitch, Kate and Helen Richardson-Walsh are unstoppable. Creating a legacy for girls in sport through their hockey playing, and celebrating diversity, the duo is truly ground-breaking.

Mohsin is author of a Dutiful Boy, named by both Guardian and GQ as one of the best books
of 2020. His coming-of-age memoir recounts his life as a closet gay Muslim whilst growing up in a devout shia Muslim community and attending a failing inner city school where gang violence was rife. Mohsin  went on to become the first person from his school to go to Oxford University, a barrister specialising in white collar crime at firms such as 6KBW College Hill and Linklaters. He was General Counsel/Legal Director of Pride in London and was shortlisted for the award of ‘Most Innovative European In-House Lawyer’ at the Financial Times Innovative Lawyers awards.

Michelle King is a keynote speaker, researcher, writer, advocate and a leading global expert in organisational culture, equality and gender. With significant international experience advancing women in innovation and technology, leading global diversity and inclusion programs and advocating for women at work, Michelle has been director of inclusion at Netflix, and currently works as the managing director of Equality Forward to help bring the future of leadership forward.

David McDowall is Group COO at BrewDog, which now has 4 world class craft breweries around the world, exports to over 60 markets and has 100 bars around the globe. David drives an incredible leadership team to deliver the day to day operations and strategic growth of the business, as it continues its rapid growth. He has led the charge as BrewDog has built its UK and international bars business (adding over 80 locations in the last 5 years….) and steers a passionate team who lead the business into its second decade.

Chris Hunter is a former British Army Intelligence Officer, Bomb Disposal Specialist and Author. He is an expert on leadership and decision making in high-pressure situations. Arguably, doing the most dangerous job in the world, and for his actions during the Iraq war, he was awarded the Queen’s Gallantry Medal by the Queen. Chris’ memoir Extreme Risk, details his early career in Counter-Terrorist Bomb Disposal. His first book, Eight Lives Down, is a riveting account of his four-month tour in Iraq, working to disable bombs created by some of the most hardened and technically advanced terrorists in the world.

If you are considering hosting a meeting and/or conference and would like to discuss including one of the speakers listed or someone similar we would be delighted to help. Please do get in touch with events@maximillion.co.uk